*taps mic* so... ya... this is awkward... it's been a looong time... so, um, hi there! I feel like I should just jump back in, but it's been soo incredibly long that it might seem odd that I don't mention that... but then again, does anyone really care?

Well, it's now 2015... and this blog hasn't seen action since the spring of 2014... wrap your head around that one. I, also, do not know where the time has gone. I can't pretend to say nothing has happened, because that clearly is a big fat lie, but at the same time nothing is ridiculously different.

My brother-in-law and sister-in-law, along with their darling 7 month old twin girls were here visiting us and we got to talking about the blog and she asked if I still wrote on it. I told her I hadn't kept up with it although I have lots of posts in draft form, but never bothered to finish and publish them. Anyway, we started looking through my (limited) archives and I realized how great the blog really is/was. There were many things I had already forgotten and seeing pictures and reliving it was a lot of fun. And, I always gripe about not having any (productive) hobbies... so maybe this can count as one. Wow... that is a very long intro to say, hey guys, I'm back!

And to kick it off... here's a picture of the 2 muchkins that have been keeping me busy these past few months. 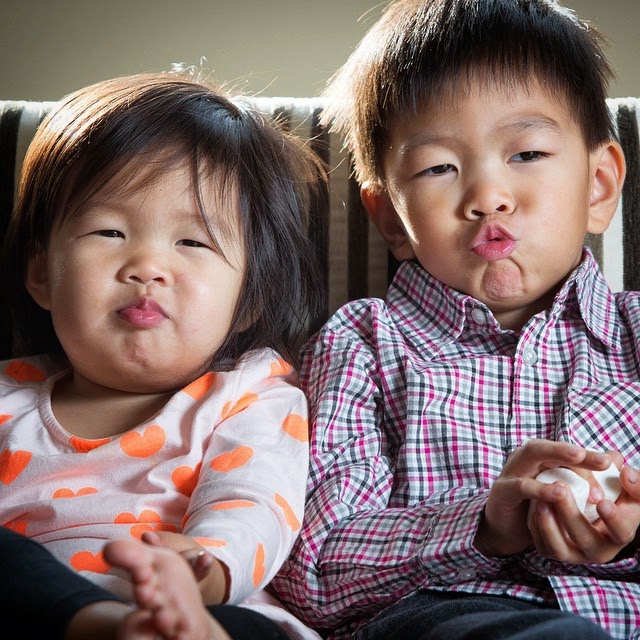