Gah, I'm so behind in posting... So stay tuned... I have posts lined up including munchkin's 16 month newsletter, Huge's birthday weekend in Napa/San Fran and Luke's last day. In the meantime, here's a video of Callan to tide you over. He's a one-man band! 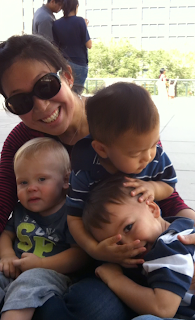 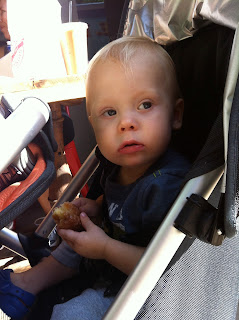 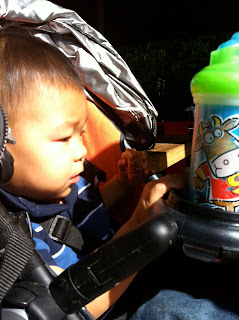 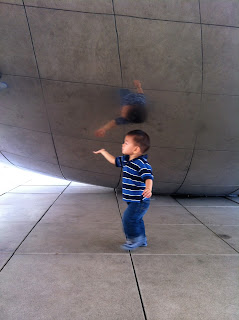 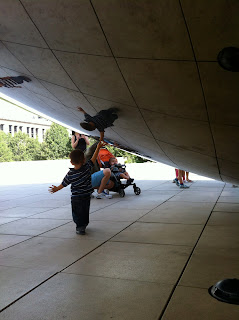 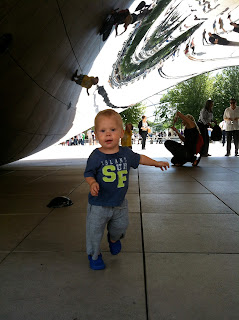 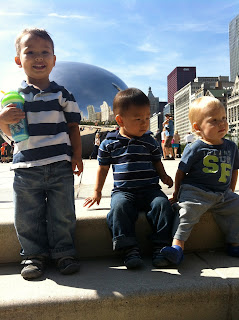 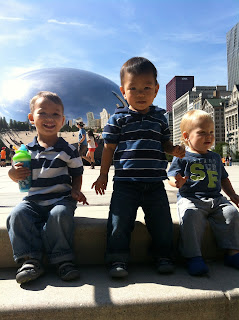 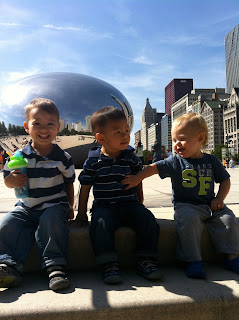 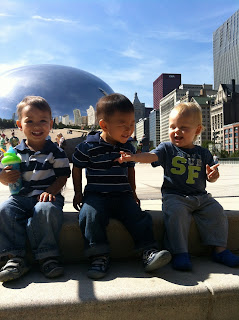 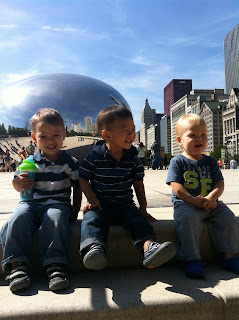 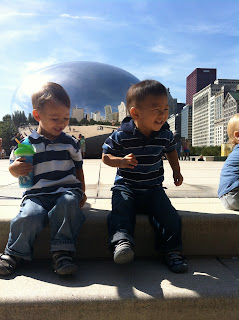 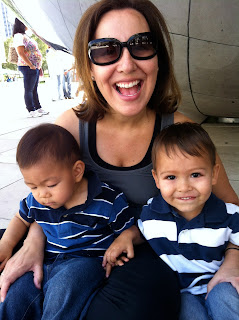 Last week Callan had his 15 month well baby visit. And guess what? He's still growing like a weed. Haha, as if there was any doubt. He grew ANOTHER few inches and is still off the charts at almost 35"! He's only in the 70th percentile in weight though, tipping the scales at 25 lbs, 3 ounces. 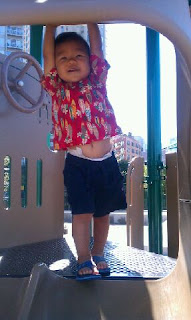 I can't believe how big he is, but he's really the best.  It's crazy to see how he's developing and changing. He still has a funny run, but now he's all about climbing and acting like a much bigger kid than he is! There were no other concerns, although I thought he should have more words, but the doctor said he was right on track. We'll see how much he progresses until his 18 month appointment.

Sleep:
Down to one nap (which, lately has been a solid 2-3 hour one) and at night has been back to awesome (knock on wood, I'm hoping I didn't just jinx it).

It's pretty amazing to see him grow!
Posted by rdg at 12:20 PM No comments: