Callan and two of his best buds celebrated their second birthdays in the last month. Unfortunately Callan had to cancel his birthday party as the poor guy was sick with some bug (funnily enough he's pretty much never sick and this was one of the first times he's actually run a temperature for more than a day). However, nana and papa were here visiting for his actual birthday and we got to celebrate together. The most important part of a birthday is the cake (obviously), so nana and Callan got to work on that. 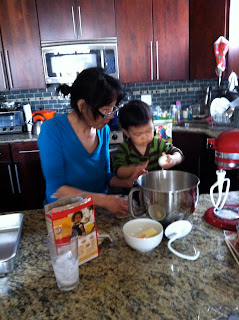 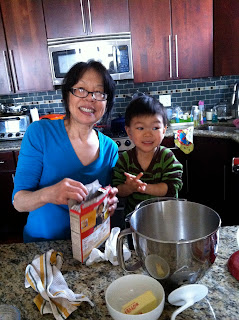 Callan loves to help out in the kitchen, especially when there are eggs to crack.

The second best part of helping with baking is getting to lick the spatula. 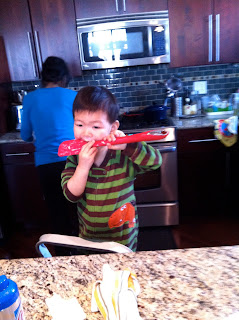 We sang happy birthday and Callan got to blow out the candles. He was a pro!

Then a week or so later, we got to celebrate Michael's 2nd birthday with his friends. 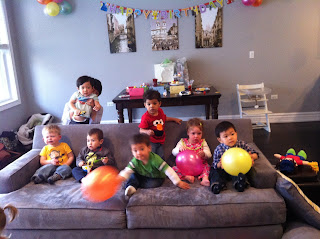 There was a special birthday hat that Callan got to wear. 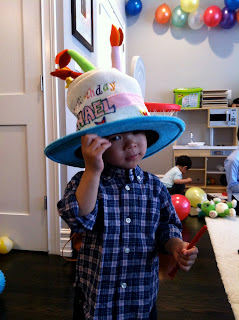 And with any good party, lots of dancing... 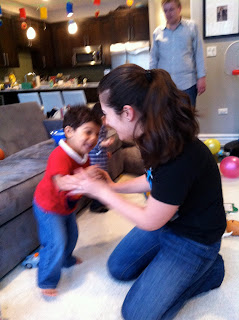 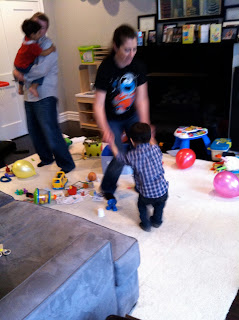 And then finally last weekend we went and celebrated Luke's birthday.
One of the benefits of living in the suburbs is a driveway to play on. This motorized bike was a big hit. 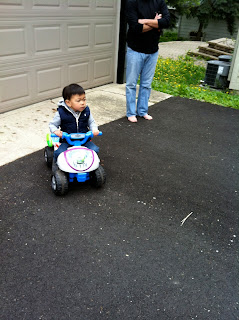 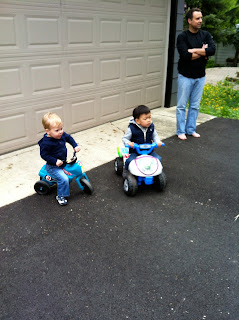 And of course cupcakes are a must at any party -especially those with bright colored frosting. 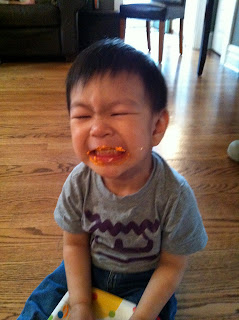 Can you believe these two hams are now two?!? Where has the time gone? 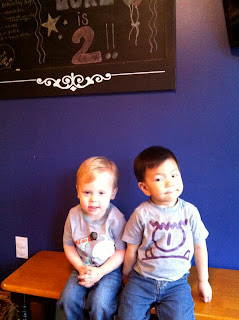 Nora was less impressed with them turning two than I was. 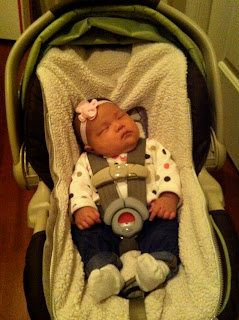