Callan took a little field trip today and went to the Children's Museum for the first time. The pictures Adelia took were amazingly cute and they both had a great time. The adventure started as soon as they left the house on the bus when Adelia texted to tell me that Callan kicked a lady on the bus. Thankfully the lady laughed about it, but Callan was stone faced serious... guess he thought she was talking too loudly!


Anyway, here are the pictures from the museum today and after seeing them, it just reinforced what I wrote earlier about how he's a complete toddler. 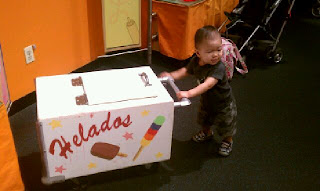 Pushing the ice cream cart (probably trying to steal some) 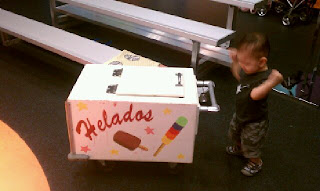 And then he had to stop to dance! 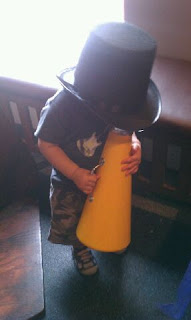 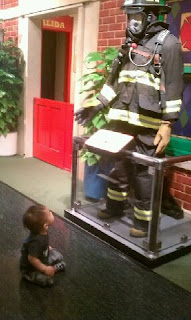 Adelia said he sat down to listen to the display! 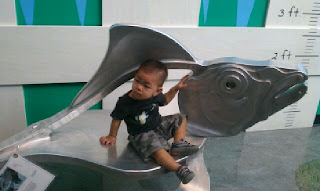 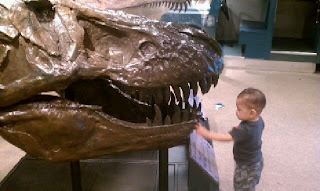 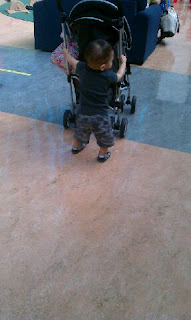 He also insisted on pushing the stroller around. 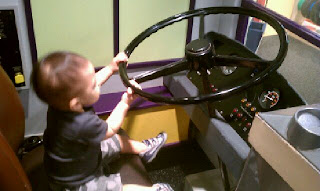 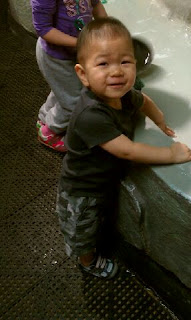 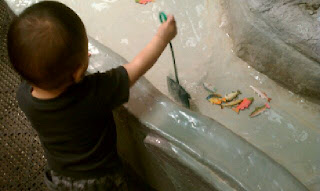 Overall, they had a great day and these field trips seem like so much fun for both of them. I guess it was so much fun that Callan didn't want to leave and when he was told it was time to go, was not too happy and then tried to distract her by dancing! But seriously, the terrible twos don't start until after they turn two, right? And tell me they're not that bad, please?